Once again the day came to pass where all fans of User Experience descended on the campus of the IT University of Copenhagen to talk UX, eye-tracking, card-sorting, service design, touchpoints, CX, CJM, UX, SUS, UCD, and all the other magic incantations they knew so well from their lives in the Real World. Now, they could meet, talk, and network with others of their own kind. It was once again time for … the UX Camp CPH! 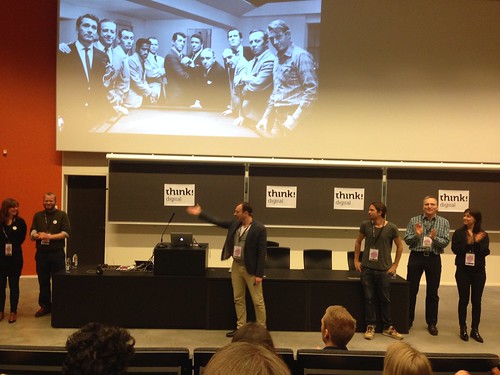 Ah, it was good to be back in ITU and its big open space today for Day 1 of the fourth iteration of UX Camp CPH. It was good to see familiar faces and meet new ones.

We had three speakers lined up for this evening.

All eyes were on the first speaker, Jonas Priesum from The Eye Tribe. 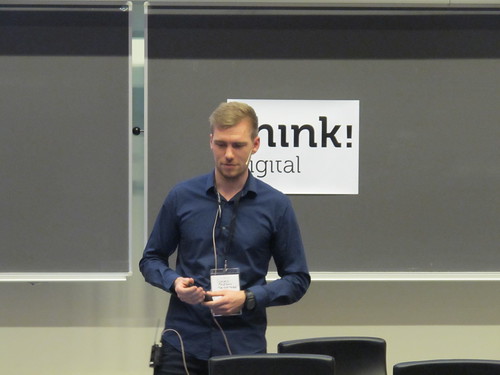 He spoke about eye-tracking technology and areas for its potential use. I thought there were interesting opportunities in the field of healthcare and gaming. When I say gaming, I mean accessible gaming. Could a person with multiple disabilities who could barely use a joy stick enhance their experience by controlling the game with their eyes? Intriguing thought.

Johan Knattrup was up next with a tale about how he made a “first-person movie installation” using Oculus Rift! 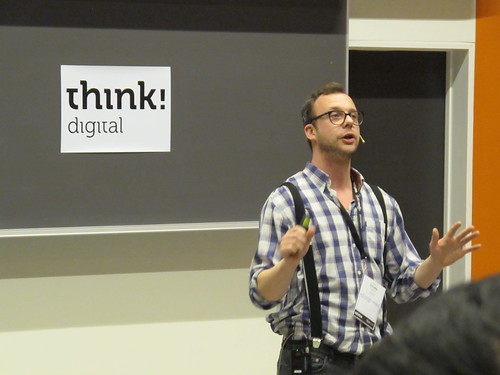 I was extremely intrigued by some of the behaviour findings they had. The challenges were great. With a seemingly simple short film where five people sit around a dining table and converse and interact, you don’t just have one script. You have five. Five people with different perspectives on what is happening. To know the entire story, you’d have to see all five films! To see the films, you go to one of this movie’s installations and put on an Oculus Rift. When the movie is over, the magic happens. People talk. People ask how others saw the scene. It sounded like people were given a character to become (with the Oculus Rift) that did not match their body type. A small person would wear the film of a character who was big. A man would play a woman. A woman would play a little boy. I will definitely check out his movie, Skammekrogen, or The Doghouse, later on.

The final speaker of the evening before dinner was Thomas Madsen-Mygdal. Waves of nostalgia poured over me as he spoke. The title of his talk was “believing”. He mentioned Reboot, a conference that he ran up until 2009, the year that I was fortunate enough to attend. I thought he was channelling a lot of the Reboot spirit in his talk, which made me nostalgic. At the same time, it reminded me of the effort you have to make yourself if you want to drive something forward. I felt a connection to the talk Euan Semple gave in 2009, one of the best Reboot talks for me personally. Thomas had wonderfully simple, yet completely powerful slides using a clean, green serif font. It was an excellent talk about believing. Believing in your idea. Believing in your team. Believing in your vision. Believing in yourself. One slide summed up the concept of believing: “It’s OK to believe. It might actually be the most important design tool in life. Pursue your beliefs.” 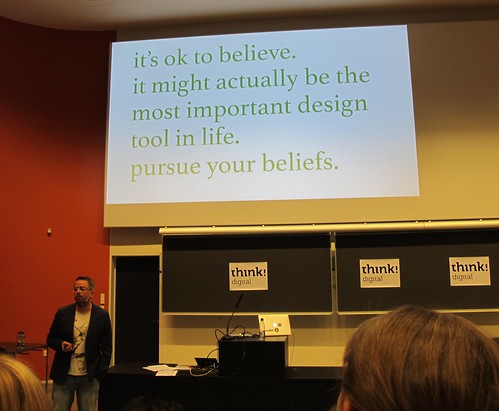 Because we all believed in food, we filed out of the auditorium and into a queue for some delicious food from Grød. After scintillating conversation, it was time to head home to rest up for Day 2, which kicks off early Saturday morning.