A Crowdsourcing Lesson from 18 Days in Egypt

18 Days in Egypt is “a collaborative documentary project about the revolution.” The co-founder of this project, Jigar Mehta, was in Copenhagen June 14th, and I was one of a handful of people who was privileged to hear him speak at Politiken’s Hus. 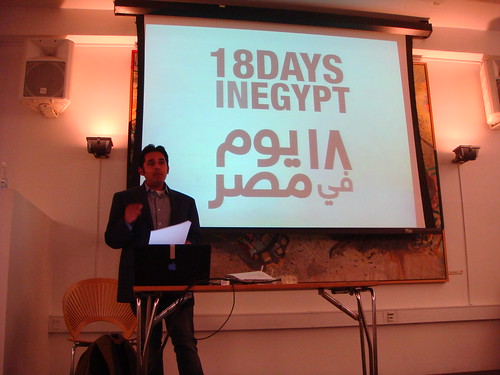 I was sad that so few attended this talk. He did tell his tale to a much larger audience the next day at another conference, but he had a valuable tale that deserved more listeners of the journalist variety. (News of this talk was circulated in journalist circles.) Here are my brief notes from his lessons learned about crowdsourcing “an interactive documentary of the events in Egypt” that occurred from January 25th to February 11th 2011.

My notes from the talk

Mehta describes how he watched the tale unfold on television. He noticed that many, many people were holding up their mobile phones to record the events. He thought that must be a rich source of material that could reveal many stories from those turbulent days.

Inspiration came from the Hypercities project at UCLA.

You have loads of content from all those who recorded what happened. How do you add context to that? Deep meta tagging is required.

You need to go to the streets to find the stories. In Egypt, only 25% have internet access and the internet quality is often poor. How can people who have content share it in those conditions? What about people who have tales and no devices for sharing?

The team behind 18 Days is teaching journalism to 30 students. Those people, in turn, can help collect the stories. They will learn how to approach people and how to encourage them to share their stories. They will make “pop-up shops” on Tahrir Square and elsewhere. People cannot afford the price of sending text messages (SMS). These pop-up shops are places people can stop by and tell their stories. The plan is to use raw material – nothing prepared. It’ll be all about the tagging. When you get context-rich material, the media will tell the story. The aim is also to highlight differences at various spots.

The goal is 5000 unique stories. Of course, the overall goal is to share this with the Egyptian people. Some people who were hesitant about sharing their experiences became eager when they realized that this could be a legacy to future generations – that they could one day tell their own grandchild “this is what I did during these important days in Egypt’s history”.

On the technology side, they are using Popcorn from Mozilla. Most of their software is open source, but they may have to build some parts themselves.

In the following picture, Mehta is talking about the site “I am Jan 25” that is being displayed in the slide on the screen behind him. It is another example of aggregating information in one place. 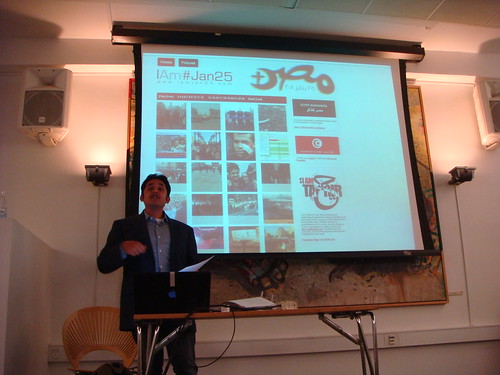 My thoughts from the talk

I was very excited by the way they planned to engage people in this project. Those journalist-trained students will have to tell tales to get tales.

The entire process of collecting content and tagging it properly is a tale unto its own. I noted that they were creating a process that tells story and gives the whole thing a life of its own. “18 Days in Egypt” is the main tale, but a secondary tale is emerging from the entire process of making that main tale.

I picked up some new (to me) terms in this talk: transmedia and cross-media. (PS I also found an article that debunks some myths about transmedia that is worth a read.)

The stories from 18 days in Egypt are very important to tell the world. From a professional viewpoint, I think the process of producing this documentary is tremendously exciting. Anyone in journalism or communication or video/film production can learn a lot from the processes that are coming out of this project. I hope they document that as well. 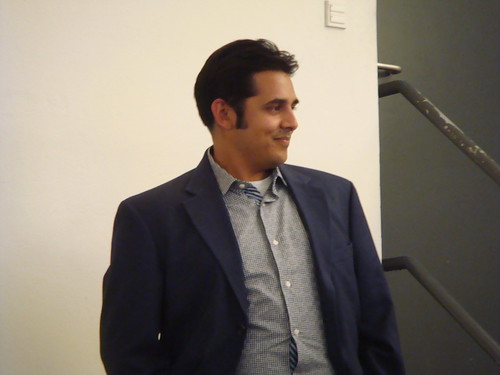